REFORM OF THE ARBITRATION ACT 1996—SECTION 44: THE COURTS’ SUPPORTIVE POWERS 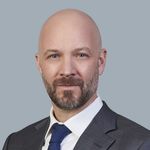 We explained in a previous post that the Law Commission of England & Wales is conducting a review of the Arbitration Act 1996 as part of its 14th programme of law reform.

One area under consideration relates to the courts’ powers in support of arbitral proceedings pursuant to Section 44. In this post, we address four issues that arise in this context. For each issue, we: (1) explain the current legal position; (2) provide suggestions for reform; and (3) where relevant, provide practical tips for commercial parties to avoid uncertainty.

The Courts’ Supportive Powers in Section 44

Prior to the Act, the English courts had been criticised for being too interventionist in arbitral proceedings seated in England & Wales. Accordingly, one of the stated aims of the Act was to circumscribe their powers (Section 1(c)).

Pursuant to Section 44, unless otherwise agreed by the arbitration parties, the English courts have the same powers to make orders in support of an arbitration as they would have for the purposes of a court proceeding (Section 44(1)). These orders can relate to:

In urgent cases, the courts may make ‘without notice’ (or ex parte) orders to preserve evidence or assets in support of existing or proposed arbitral proceedings (Section 44(3)). Without-notice orders are those made without notifying the other parties or obtaining permission from the arbitral tribunal.

Whilst the courts’ supportive powers in Section 44 might appear broad, they are expressly limited to situations in which “the arbitral tribunal, and any arbitral or other institution or person vested by the parties with power in that regard, has no power or is unable for the time being to act effectively” (Section 44(5)).

Over the past 25 years, the courts’ application of Section 44 has raised four key questions:

These are questions which could potentially be answered through the Commission’s review and reforms.

Section 44 is not a mandatory provision of the Act. Accordingly, parties can agree to exclude the courts’ supportive powers thereunder.

Following the High Court decision in B v S [2011] EWHC 691 (Comm),[1] such an exclusion can be implied from the arbitration clause. It does not require the “very clear express” agreement of the parties.

The possibility of implied exclusion potentially creates uncertainty and may lead to litigation over what the parties agreed. This uncertainty may be significant in the context of interim applications, where: (1) time is usually of the essence; and (2) the courts typically have more extensive powers than arbitral tribunals (e.g., without-notice orders, orders against third parties, contempt of court remedies for non-compliance) and can sometimes act more quickly.

In our view, the potential uncertainty created by allowing the parties to impliedly exclude the courts’ powers could be resolved by: (1) making Section 44 a mandatory provision of the Act (as is the case for Section 43, regarding the attendance of witnesses); or (2) amending Section 44 to require the arbitration parties’ express agreement before they are deemed to have excluded the courts’ supportive powers. This safeguard is not only in the interests of justice, but, as recognised by the court in B v S, commercially desirable.

In the meantime, commercial parties should always seek legal advice when drafting their arbitration clauses. To avoid any argument, practitioners should consider including express language to preserve the parties’ rights to access the courts’ supportive powers in Section 44.

Following the recent decisions in A and B v C, D and E [2020] EWCA Civ 409, DTEK Trading SA v Morozon [2017] EWHC 1704 and Cruz City v Unitech [2014] EWHC 3704 (Comm), the current position under English law is that the courts’ powers in Section 44 do not extend to third parties, save for the power to take witness evidence in Section 44(2)(a). So, while the English courts can compel a person who is not a party to the arbitration to provide witness evidence in the arbitration (Section 44(2)(a)), they cannot compel that third party:

This marks a departure from the pre-2014 case law, which favoured the view that the courts’ powers in Section 44 extend to third parties.[2]

The current legal position is unsatisfactory for two key reasons:

Any legislative reform should expressly state which of the courts’ powers in Section 44 can be exercised against third parties. This would promote legal certainty and avoid unnecessary litigation.

Within this framework, our view is that each of the courts’ powers in Section 44 should be exercisable against third parties. This would address the current lacuna and strike the right balance between the rights of different stakeholders. It would also bring English law in line with other major arbitration centres around the world (e.g., Paris, Singapore, Hong Kong).

Emergency arbitrator and/or expedited arbitral procedures are now included in most major institutional rules in order to ensure that timing is not an issue in arbitral proceedings.[3]

Following the High Court decision in Gerald Metals v Timis [2016] EWHC 2327 (Ch), the availability of such procedures may, pursuant to Section 44(5), prevent the English courts from granting Section 44 interim relief.

The Commission is likely to consider whether Section 44(5) should be clarified to state expressly the extent to which, if at all, the availability of emergency arbitrator and/or expedited arbitral procedures limits the courts’ supportive powers in Section 44.

In our view, Section 44(5) is largely fit for purpose:

A note of caution: Certain jurisdictions do not expressly recognise the enforceability of emergency arbitrator decisions, interim awards, procedural orders or other arbitral decisions that are not the final award. Accordingly, when trying to enforce in these jurisdictions, there is likely to be an issue as to the arbitrators’ power to grant binding interim relief. In these circumstances, seeking interim relief from the courts under Section 44 may have a lower enforcement risk. Commercial parties should always take legal advice when drafting their arbitration clauses and when considering where and how best to exercise their rights thereunder.

In urgent cases, the English courts may make without-notice orders to preserve evidence or assets (Section 44(3)). The term “assets” is not defined in the Act, but the current position under English law is that it includes both tangible assets and choses in action, such as contractual rights.[4] For example, Section 44(3) can be relied on to preserve:

The Singapore Court of Appeal has cautioned that such a broad interpretation of “assets” might open the floodgates to interim applications to perform any and all types of contractual obligations pending resolution of the dispute.[8] This could displace (at least on an interim basis) the arbitral tribunal’s role to decide whether such contractual obligations had to be performed and, if so, to award damages for non‑performance.

In our view, the term “assets” should be defined in the Act to include: (1) tangible assets; and (2) choses in action, such as contractual rights, whose non-preservation cannot be adequately remedied through damages. This would reduce ambiguity as to the type of contractual obligations that can be the subject of without-notice orders pursuant to Section 44(3). It would also ensure consistency with the courts’ general approach to interim injunctions, specific performance and other remedies in kind.

Section 44 has the right objectives, namely to: (1) prioritise the exercise of rights within an arbitration to the greatest extent possible; and (2) afford the courts certain prescribed powers in support of arbitration, where interim relief cannot be granted within the arbitration itself. It generally meets these aims, and is fit for purpose.

However, in the context of developing institutional rules and changes in arbitrators’ powers, the application of Section 44 by the English courts has created uncertainties which are ripe for clarification.

In our view, the Commission should take the opportunity to address these uncertainties by recommending limited legislative reforms to Section 44. Without going back to the drawing board, these targeted reforms will provide arbitration stakeholders with greater certainty as to their rights, avoiding potentially costly litigation in the courts.

Special thanks to Jonathan Bowering for his assistance with this publication.