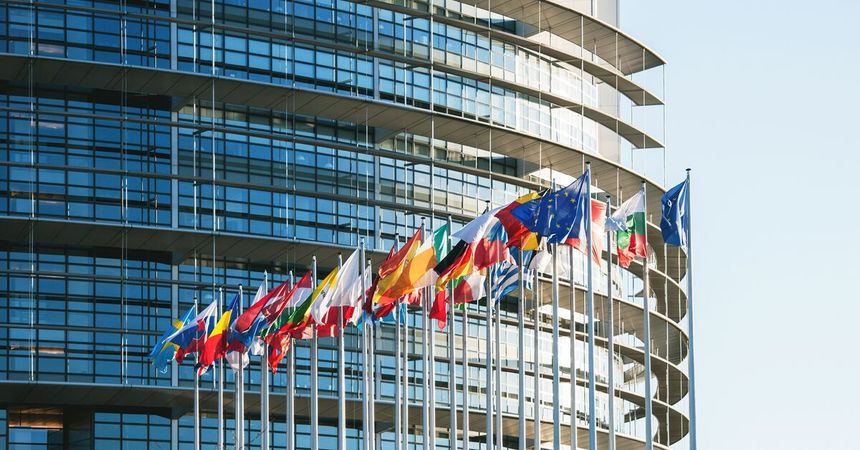 Since our last blog on this topic, the English court has provided further guidance on certain key issues and novel features relevant to restructuring plans and schemes of arrangement in its recent judgments on Amigo Loans, Smile Telecoms, EDF & Man, Re Safari Holdings (Löwen Play) and Haya. This piece provides an overview of key points from these cases.

The High Court has recently sanctioned the Amigo "New Business Scheme", promulgated after the court had refused to sanction the first (on which, see our prior blog).  The new scheme presented creditors with two options: (i) a New Business Scheme to enable Amigo to resume its lending business; or (ii) a Wind-Down Scheme which would not, with the former expected to provide a greater distribution to creditors than the latter.  The New Business Scheme was further bifurcated into two variations depending on whether certain conditions are met: a "preferred" solution and a "fallback" one (essentially a wind-down).

This novel scheme structure may encourage others in the future to propose more than one type of scheme as part of the same process, to limit the time and expense of having to recut an unsuccessful first attempt and, importantly, to mitigate the risk that the court refuses to sanction the scheme on the basis that the ultimate outcome for the company proposing the arrangement is in significant doubt.

The court has historically cautioned against there being any conditionality or delay to the full effectiveness of a scheme, because it will be concerned to ensure that it does not act in vain in sanctioning a scheme that is not capable of implementation.

In Amigo, the court did not take issue with the conditionality that applied to the New Business Scheme, because if the scheme conditions for the preferred solution were not met the fallback would apply.  As a result, the court could have confidence that the scheme, in some form, would ultimately be implemented.

In Safari Holdings, the court felt comfortable sanctioning the scheme even though it would only become effective on completion of certain conditions, including a form of approval that was pending from the relevant German tax authorities (the court was persuaded that it was likely to be given and there was a prospect of the long-stop date being extended by a short period if necessary).

"Overseas" is over here

As we noted previously, because the Smile restructuring plan involved a compromise of the rights of shareholders in a Mauritian company, questions were raised by a dissenting creditor as to whether a plan could be used to affect the rights of shareholders of a foreign company.  However, the Smile sanction hearing judgment, which approved the plan, provided guidance on this point.  As a general principle, the court does have jurisdiction to sanction a plan which involves the alteration of the constitution and share capital of an overseas company, although it will always need to be satisfied that:

there is a sufficient connection to the jurisdiction (Smile's COMI was in England and most of the debts subject to the plan were English law); and

the plan will be effective in the relevant overseas jurisdiction (in Smile, the court was satisfied that the alterations to the constitution and share capital of the scheme company could be satisfactorily achieved under local laws).

In Safari Holdings, the overseas scheme company relied on a recently changed and "somewhat unusual" choice of law clause in the notes to establish sufficient connection to England and Wales and fall within the court's jurisdiction.  The clause provided that, if English law would interpret certain "specific provisions" of the notes less favourably to the noteholders than an interpretation under New York law, the latter would apply.  Despite some initial concern that this "floating" choice of law clause may not be a "real choice of law and therefore ineffective", the court held that:

notwithstanding the possibility that the governing law may be varied in the future in respect of those specific provisions, it was an English law governing clause at the relevant time of consideration; and

The court's decision – that the valid choice of English law brought the company within the scheme jurisdiction – was reinforced by the accompanying jurisdiction clause in the notes which conferred non-exclusive jurisdiction on the courts of England and Wales.

Hurricane Energy's unsuccessful attempt to implement a restructuring plan last year (on which see our blog) demonstrated the extent to which the English court will exercise its discretion with the upmost care and attention when asked to sanction a plan which seeks to cram down a dissenting class of creditors or shareholders.  In Smile, the court was asked to go further: to sanction, for the first time in the short history of the restructuring plan, an even more powerful tool in the plan's toolbox – the right of the scheme company to disenfranchise from voting on the applicable restructuring plan certain of its creditors and shareholders on the basis that they have no "genuine economic interest" in the company.  As Snowden LJ acknowledged in the Smile sanction hearing judgment, this power of exclusion "is even more draconian" than the restructuring plan's cross-class cramdown mechanism and "therefore of very considerable importance that the court should be entirely satisfied that it is appropriate" to sanction a plan that uses it.

The facts of the Smile case made it somewhat easier for the court to approve the disenfranchisement of all the company's creditors (bar one class) and shareholders because:

the robust and unchallenged valuation evidence that was presented to the court gave a strong indication that all of the disenfranchised creditors and shareholders were out-of-the-money;

no relevant creditors or shareholders sought to contend (at the convening hearing) the order to disenfranchise them from voting on the plan; and

the sole creditor which did object to the plan failed to appear at the sanction hearing to advance its cause.

If for future restructuring plans the analysis, as to whether certain creditors and shareholders are "out-of-the-money" and therefore in scope for exclusion from voting on the plan, is less robust or more contested than it was in Smile, then the court may find it more difficult to sanction the use of that power.

The disenfranchisement or cramdown mechanisms are not the only means of obtaining shareholder participation in a restructuring.  The Amigo scheme shows that shareholders can be incentivised to provide their support even when they are not bound by a scheme or restructuring plan.  As a condition to the effectiveness of the "preferred" scheme in Amigo, shareholders will be asked to approve a highly dilutive equity raise, the proceeds of which are to be used (in part) to pay amounts to scheme creditors.  Shareholders have the option of (i) approving that equity raise and retaining a significantly diluted shareholding in a business which is expected to restart its lending activities; or (ii) not approving the equity raise, triggering the "fallback" solution and having no prospect of any recovery.  Although the company has not in this case utilised any legal power to impose the equity raise and "preferred" solution on its shareholders, it seems as if they have little option but to approve it.

Rising to the occasion

The court's sanctioning of the Smile and ED&F Man restructuring plans are a timely reminder to the investor community not only of how potent this restructuring tool can be when it comes to compromising the claims of creditors and shareholders, but also of the importance for interested parties to participate in the relevant proceedings if they wish to object to the plan (or a scheme).  "Shouting from the sidelines" (in the words of Snowden LJ in Smile) is not an adequate way to express dissent.  In particular, the court will take a dim view of stakeholders who seek to rely on the scheme company or the court to promote or consider their views.

That's not to say that stakeholders cannot engage with the scheme company before and during the scheme / RP process (they should), but that is not all they should do.  In both Smile and EDF Man, dissentient creditors who had made much noise before court hearings about the fairness of the plan or scheme were then conspicuous by their absence when the relevant hearings were convened to consider them. The court will exercise caution before sanctioning a plan that crams down the rights of dissentient creditors (as it did in ED&F Man) or entirely disenfranchises creditors/shareholders from participating in the plan (as it did in Smile), but if presented with satisfactory evidence to support these measures it will be prepared to approve them, especially in circumstances where the impacted creditors or members have failed to make a claim in court as to why it should not.

The recent scheme in Haya involved further consideration of the important issue of consent fees and the circumstances in which they might affect class composition.  Marcus Smith J. considered that making a consent fee available to all creditors in advance of the scheme meeting was not an absolute answer.  He found the authorities which suggest that, even if a consent fee is made available to all, the court must still consider whether the quantum of the fee is material, to be persuasive.  However, he also commented that, if the potential for a consent fee was not available to all members of the class, that selectivity may be a "negative factor, requiring of explanation".  This remains a key area for advisers to consider.